Because, it’s not true.  The story has gone viral, but the reporting is the most inaccurate nonsense we’ve ever seen. 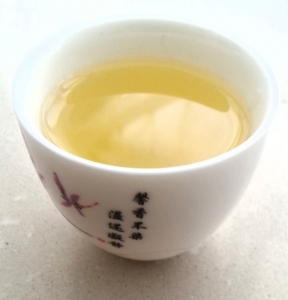 “A young woman has contracted hepatitis after drinking three cups of Chinese green tea per day… They [doctors] are now trying to raise awareness of the hidden dangers of green tea – particularly tea containing Camellia sinensis – as this has been linked to hepatitis in the past.

That’s where the story falls dangerously to the ground.  Anyone who knows tea, knows that camellia sinensis IS the tea plant, NOT an ingredient IN tea. Unfortunately, news outlets are repeating this story at an alarming rate without any fact-checking.  A further read of the story reveals that the green tea this young woman was drinking contained a number of additives for weight loss.  She was drinking 3 cups a day to lose weight.  Normally, 3 cups of green tea a day is harmless to most people.  Millions of tea drinkers in the USA alone have proven this over the centuries.  And while drinking green tea all day every day might cause a problem, so would drinking too much water.  The danger is not the tea in this case, it’s the added ingredients that should have been the focus of this report.

As a journalist, I am appalled at the irresponsible media that spreads such bogus information.  Shame on you ABC News.  Shame on you Huffington Post.  Shame on all who re-post this incomplete story.  While the original BMJ report makes the mistake of calling camellia sinensis an additive to the tea, it does make one statement that has been ignored by the media:  We acknowledge that green tea is predominantly a very safe and healthy drink, with antioxidant properties. It is the secondary or tertiary processed products, rather than the freshly made leaves, that have been described in previous case reports. This raises the possibility that it is the addition of other chemicals causing hepatotoxicity, particularly in preparations used for weight loss. Also, pesticides may be widely used during the growing of tea trees and are known to contaminate green tea infusions.

Be sure the label lists only one ingredient:  TEA.

World traveler, believer in the health benefits of white tea.